How to Live like a Local in Warsaw, Poland

A couple months ago, I bought a guy I was kinda seeing a trip to Poland, merely because it looked pretty cute and I was also 90% sure he mentioned his love for cold countries. However, when the trip came up recently, I discovered that in fact, he actually really dislikes cold climates, and also - well, we were together no longer.

Regardless, the trip was super cute and I had so much fun with one of my favourite people ever, and even though my Polish was so bad that at some point out security guard shooed me away shaking her head, I had a wonderful time. Although, to be fair, I did mess up. A lot. And so, if you don't fancy embarrassing yourself to buggery, I've compiled this list of super helpful tips, so that you don't buy dodgy tickets off an old guy or cause a sign to fly through a shop or eat a stick of butter thinking it's cheese (my friend coped horribly when he did that). 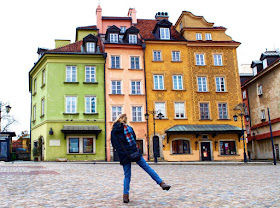 Drag people on front of you on coaches
The first thing I witnessed when in Warsaw is that the typical thing of nodding at people to let them on a vehicle before you is rendered completely pointless when you can instead literally drag someone in front of you. My friend and I arrived in the country and within half an hour, a guy in front pulled this lady before him by her shoulder, and instead of her being all "the actual hell do you think you're doing", she was gratuitous. Literally crazy.

Pre-buy tram tickets
Any local will know that if you try to clamber over the plastic separating you from the tram driver and shout "CAN I PAY FOR TICKETS BY CASH?", you will look like a compete nutter. I know from experience (the driver opened the tram door so I would leave him in peace). You need to buy tickets with the correct change at a little ticket kiosk before you get onboard unless you pay with card, which my friend and I got so confused that a dodgy guy with callused fingers and a very grey beard sold us two tickets at a side road, which actually worked and didn't mean we just funded a drug ring. I was more surprised at that than the fact that they don't have proper goddam ticket machines.

The metro is terrifying
Normally, when I arrive in a new country I'd use their metro to take me to my hotel and then I'd walk the rest of the way. However, when my friend and I went to the Ochota metro in order to try and find our way around, we not only ended up in this dark underground shopping place, but there was so much noise and so little light and so much going on that frankly, even my friend nearly peed himself. It was such a spooky experience, that in the end we spent two and a half hours just walking to our destination - and I'll say that it's because I wanted to admire our surroundings, but really it's because I was kinda terrified of the Polish metro system. 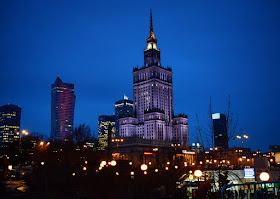 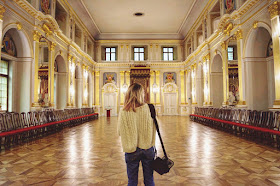 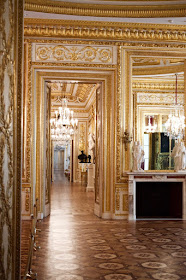 Sorry if you're vegetarian
We ate at a variety of places, from McDonalds (sorry not sorry) to a place called Babooshka to another place called Zapiecek, and it was so hard to find a vegetarian option. Even in McDonalds, when I started talking to the guy at the till about veggie options, he had to bring someone over who spoke a little English, who told me proudly that they do in fact sell fish sandwiches. At Babooshka I asked if a soup had meat in it, and the waitress said no it hasn't, but it "has got meat in it".

"Classic life elixir passed down from generation to generation"
This is basically a drink where they drain fruits, leave them on the side, add a bunch of other things, and serve you a deep red hot drink that they boast will add years to your life. Obviously, I wanted to try it, but when they brought it out and I did try it, it transported me to a Polish home with the snow falling outside, by a fireplace with a local who was telling me fairytales and feeding me some warm homemade food whilst the family cat slept on my feet. It also made me want to vomit until I grew a new stomach.

If you go to attractions an hour before they close, you save money
I mean, you'll also save fun by missing out on a great deal of all the cool things to see at a place, but hey, three pounds off (Red Castle, I'm looking at you).

If it looks like cheese, prepare to vom
So my dear pal and I went out for food one night and ordered this platter of cheeses and meats, which had a couple gorgeous cheeses cut into little slices. So my friend decides to try one of a set I hadn't quite yet gotten to, and then kind of slows down his eating and goes really quiet for a minute until he slowly swallows. Then, he looks at me, and with his mouth all gummy says "Amy, don't eat the cheese." I'm like, why not? He swallows deeply again, grimaces, and goes - "it's not cheese. It's butter". Jesus Christ it was hilarious. Kindly, the waitress brought out some vodka to wash it down with. You can't say they're not badass. 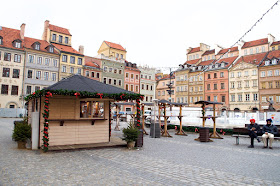 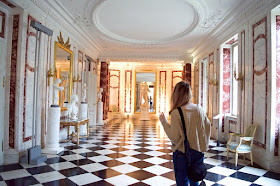 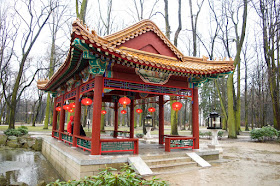 Lazienki Park and Palace is probably the best thing in the whole of Poland ever
So on our third day, my friend and I bought a day pass to the park and palace, and spent the full day wandering around palaces and galleries and little Chinese huts and orangeries (where we met this strapping young lad called Daniel who gave us a free guided tour for.. some reason?). Considering the rain was exceedingly grim outside, it was the perfect way to spend the day, even though it was so cold the lake had frozen over and ducks were trying their luck at not getting stuck to the ice.

Food is peanuts
Not literally, but price-wise, you could spend a week in Poland, and eat the same amount of food you'd eat in London in a day for the same price. It's honestly so cheap, that by the end of the holiday we were a bit sceptical about whether or not we'd actually manage to spend all the money, so we decided to go full-out and go to their Hard Rock Cafe (very Polish, I know) because all the ones I've been to before have been very expensive. However, three mains each and some massive cocktail things later, we'd only spent about $40. Honestly, it was heaven. I could eat as many Milka Tuc chocolate bars as I desired and no one could tell me otherwise.

The signs at Goraco Poleman Norakowski will fall down and fly through the shop if you touch them
Maybe I happened to hit one with my bag, maybe not. Maybe one went flying through the shop and I had to leave covered in cheap doughnut dust, maybe not. Who are you to tell me what I did or did not do.

If there's a storm when you fly home, the plane will fall out of the sky for a few seconds
There was screaming. There was panic. There was that horrible falling feeling you get when you hit turbulence, but it lasted an awful lot longer. When I arrived back home, safe, my brother laughed and said that I'll never have a flight as bad as that again. I asked why, and he was all like "because if it were any worse, you'd plummet to your death". Great. Thanks. Cheers, bro. 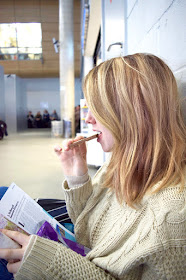 My friend and I had a wonderful time in Poland, even if we did end up making fools of ourselves by doing a bunch of things locals wouldn't do - and so, I hope that this guide stops you from making the same, slightly comedic mistakes we made. If so, let me know in the comments below!